The hills are alive... with mythical creatures and rapists?! 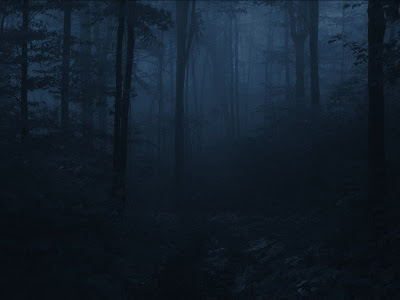 Its funny how perfectly I can hear my mother's voice in my head whenever I'm doing something dangerous/stupid. It reminds me of Bella in New Moon, and since she's a little crazy at that point I tend to question my sanity. I planned on staying at a friend's house last night, which would give me access to wonderful hills. Last time I ran this course, I had over 3000 feet of elevation in just 8.5 miles, today I was planning on 12. When I remembered it would be dark at 5 a.m. in September, I was more worried about running on the dark, winding roads with no sidewalk. I got a flashing red light to attach onto my clothing, and felt confident of my safety as I started off on my morning run.


My iPod was dead, and my watch has having difficulties picking up the satellite. I had a minor panic attack about all this, until I realized how silly I was. Just because I didn't have motivational music filling my eardrums and a watch picking up satellite to tell me my pace, distance and time, didn't mean I couldn't run until I figured it was at least 7:00 (funny how the Garmin watches are ridiculously high-tech and expensive and yet don't tell you the actual time, I had to base that on the sunrise). I had forgotten my water bottle, but it was over 90% humidity, so all I really needed to do was breathe.


I started down Davenport, which leads into Rock Creek Park, and then realized how very dark and empty the streets were. I chickened out, and ran for about 15 minutes down and then up Connecticut Ave, a respectable hill. I've heard reports of runners encountering rapists in Rock Creek Park, and even though it was 5 a.m. darkness and not midnight darkness, it was still dangerous. My mother thanked me, in my head, for my smart decision. Once the adrenaline started, I was able to head into them and my watch was working. My mother didn't agree with this one. While running sans iPod was probably wise given the circumstances, I could hear everything and I was way too aware of my surroundings. The voice in my head didn't help.


I was also running aimlessly, not thinking about pace and getting distracted by the smallest things. It got less residential, and more woodsy and then I started freaking out at every little sound. There were hardly any cars, it was dark, and every noise in the woods got my heart rate faster. Grant Rd, with the amazing big hill, didn't even had streetlights and so I figured out a detour.


When I made one turn I saw something creeping just outside a streetlight's perimeter. Last time this happened, I was in Treasure lake (a woodsy golf resort in DuBois, PA), and once the creature stepped into the light and ended up being a bear. Now, I'm not completely irrational--I know we don't have a bear problem in Northwest DC, however I figured it could be a man-eating monster, a werewolf, or some other mythical creature that will surely attack me. Then, the creature was followed by another--a pretty little doe. It wasn't even rabid and foaming at the mouth. In fact, as I ran by them, they didn't even run from me, just looked hesitantly my way as I passed them--as if they were asking me What the hell are you doing up before the sunrise? Still, the woods were loud and it was great motivation for keeping up my pace--the faster I ran, the sooner I'd be on Military Rd.

As the sun rose, I was able to run up Grant, and remembered why I wanted to do this course so badly again. This hill is absolute torture--I love it. It's long, steep, and doesn't let up until the very end. I wanted to do it, it sucked while I did, and then I wanted to do it again when it was over. I did one more lap, and by now the sun was pretty bright and the wooded streets were beautiful.

I did my 12 miles and while the pace wasn't great because of the never-ending hills, it was a great workout. I focused on my form on the hill, and did them at a 9:20 pace. Its funny how with speedworkouts, my recovery pace is always too high, but after the hills I can just barely move, I'm so exhausted. On the way back to the apartment, I stopped at Marvelous Market again for a ham and cheese croissant--clearly the best recovery meal ever. Carbs, protein and lots of yumminess.
Posted by Brittany Zale at 10:08 AM