The best thing about running... 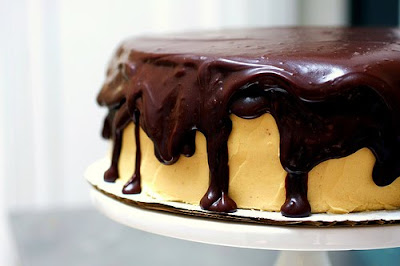 I know that while running and training you are supposed to keep a strict-ish diet and be sure to get proper nutrition and energy from carbs, protein, fruits, and vegetables. But anything that allows me to eat lots of great food somewhat guiltless-ly is #1 in my book.

For example, I accidentally ate a pint of ben & jerry's last night. Obviously it was an accident, I filled up a bowl, ate it, wanted more, went back to the pint and found that within minutes it was empty. I have no idea how this happened.

But, I ran 10 miles yesterday morning, and instead of taking a day off, I ran an easy 3-miler this morning. It was nice to just run, and not have to worry about pace or distance. At the same time, it was a little more boring. Back to topic, I don't feel too guilty about the 800+ calories my girlytimes-induced cravings led me to consume. Especially since last night's dinner consisted of vegetables and chicken sausage. I meant to eat a sweet potato, but I had always made them in the microwave, and didn't realize it would take an entire hour or so too bake it in the oven. Since I had already finished the pint before it was done, I put it in my refrigerator for this weekend.

I was going to reschedule my long run for mid-week (Ha! 20-miles before work. I would be a very irritable zombie all day), but I really, really, really, was looking forward to Nando's Peri-peri chicken after work today, so I kept the long run scheduled so I could eat to my heart's desire. Yes, you read that right.

When you run 50 miles a week, you are allowed to eat what you want, given you get enough nutrients and its all well-balanced. My diet doesn't change all that much, since I would like to trim a few pounds from my body, but it helps to have guiltless exceptions. I realized I haven't blogged much about my running this week, and its because Garmin Connect was having issues with its website and I can't upload activities. Here is a round-up, I'll post links later:

Posted by Brittany Zale at 5:39 PM